Can Man Utd do to Chelsea what Leeds did to Brighton? 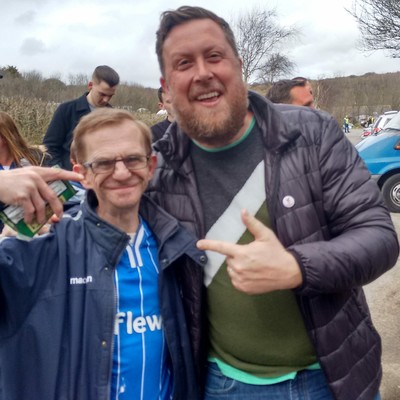 @basil we thrashed you nil-nil!

@Luke Carrick would take that

@Luke was pleased to see Maupay has regressed to his mean of missing sitters from 5 yards.

@basil less pleased than Brighton fans. He’s not done bad scoring wise so far this season but seems to be getting worse as the season goes on. Is Bielsa still a football genius with Leeds fans?

@Luke pretty much. Was only a matter of time we stopped being good. It's was a fun 3 years.

Had a good chuckle at the booing contingent in the home fans.

@basil must have been someone right next to the microphones as didn’t hear them in my stand but have been told it was loud on tv. Last time we won a match was Sept so can imagine a few pissed divs we’re booing. Typical media stuff making it an issue.

@Luke potter made it the story by calling them out but I don't blame him. Surprised he didn't tell em to fuck off into the sea 😅

@basil funny with Bielsa though. Seems he just gets players to run a lot. No real tactics or mid match changes etc.

@Luke a common charge is they just run a lot and there's no tactics, that's not accurate imo.

As far as changing system goes, that's true. He matches the opponent formation, no exceptions. So it changes in reaction only.

In terms of overall system, he's set in his ways. He says plan B is to do plan A better.

But playing like utter shit this season so yeah, currently they're running a lot and not much else.

@basil seems they can’t do what Leeds did as they have actually scored.

The social network of the future: No ads, no corporate surveillance, ethical design, and decentralization! Own your data with Mastodon!